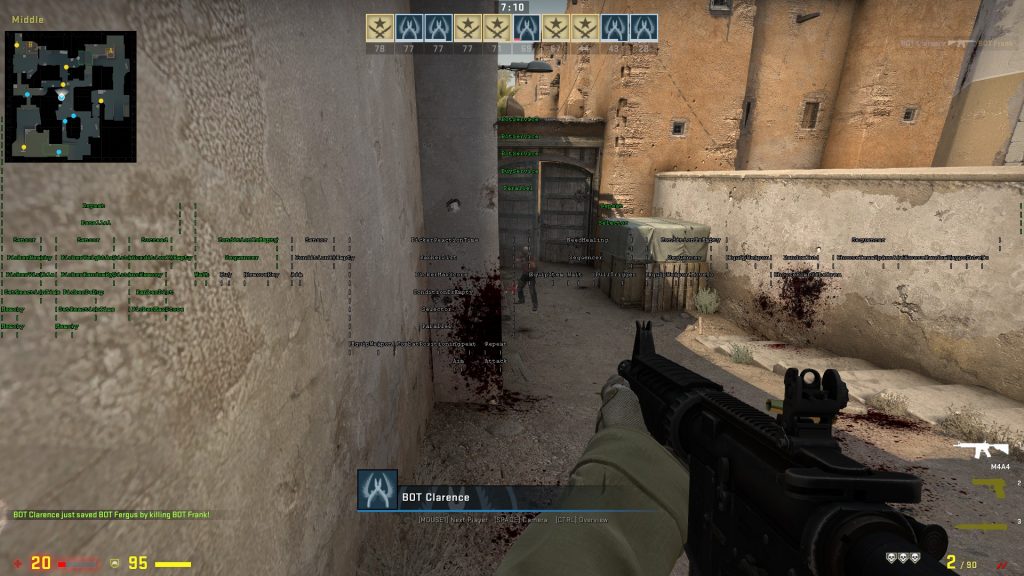 With the recent update for 16/09/2019, we have got some bug fixes and few interesting features. Let’s have a look at official release notes for the patch:

Bots’ decision making is based on behavior tree. Have a look at this screen, property of /u/FuneralChris.

With this one you can draw the behavior tree of spectated bot and see his decision making on screen.

Above command allows for use of specified behavior tree file to drive the bot behavior. It will be useful for community servers owners or players that like to experiment with this kind of stuff.

To enable the experimental framework of bots AI, you need to use below command:

If you enter this command while already being on the server, use:

to restart the game with the changes made.

Guns Stuck Under Car Is No More

We’re sure many of You has experienced a situation where the gun was stuck underneath some prop. This has been officially fixed with this patch. Also, the overall picking of guns of the ground with E has been massively improved and so far we can’t find any more bugs regarding that. You are able to pick up any gun from anywhere, as far as we have tested. Seems like jumping up and pressing E to pick up the weapon from elevated position (eg. roof) is super consistent now. @donhaci published short clip on Twitter explaining the above situations.