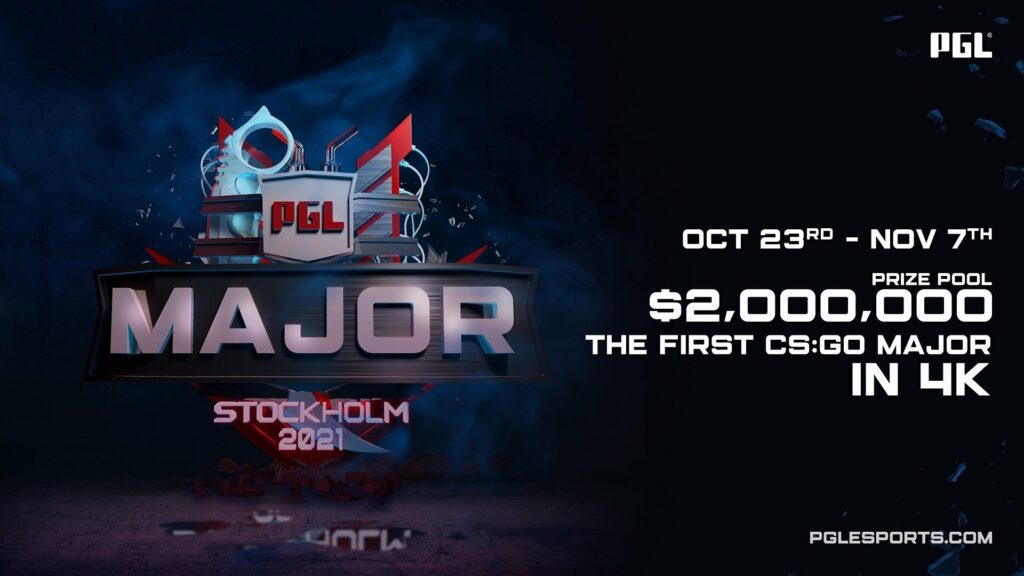 Next Counter Strike’s Major Championships will be held in Stockholm, Sweden. Ericcson Globe Arena will be ready to welcome 16 thousands of fans.

PGL will be hosting the CS:GO tournament between 23rd of October and 7th of November 2021, but only if the situation allow for such big event to take place.

The price pool is set for $2.000.000. 24 teams will be fighting through various stages listed below.

We will get to see the Major Championships in 4k 60FPS, thanks to Valve’s decision to stream it in this awesome quality! It will be streamed on Valve’s Steam platform and possibly on Youtube, but it’s not confirmed yet.

Join us in Sweden, or watch all of the matches online with the CS:GO Major’s first 4K 60fps stream!

24 teams will be selected through this system to be invited either to Challengers or Legends Stages. The plans are to hold the matches online, but one of them is planned to be a LAN game offline. More details will follow soon.

As usual, the challengers stage will take place early enough to let the 16 teams fight for their spots in the Legends Stage. This part of the Major will take place on May 10th – 13th, 2021, although format is still to be announced to the public news. Only 8 teams will proceed to Legends, the bottom 8 CS:GO teams will be eliminated.

Similar to Challengers, 16 teams fighting for the 8 top spots will be playing the matches between May 15th – 18th, 2021. Bottom 8 will be eliminated. Both Challengers and Legends will fight against each other in Champions Stage.

This part of the Counter Strike’s Major will be Single-Elimination format. All matches will be played on May 20th – 23rd, 2021. Quarterfinals and Semifinals are confirmed to be Best Of Three format.

The info is not confirmed yet. It will most likely be Best Of Three.