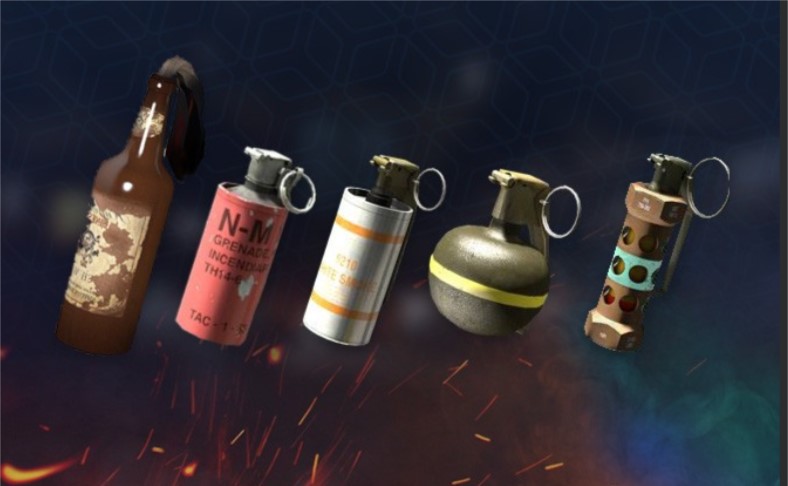 It’s like Valve wants to make us better players or something. Hold tight, we have got some nice console commands to test out. If You even wanted to see how effective is your flash at certain position, now You can do it on local server. It’s nothing new, it’s been available on community servers for few years now. This time we can run these commands on private servers. Let’s quickly look at the release notes for this update:

to enable cheat protected commands to work on local server. This command will be automatically switched back to 0 when You join any Valve or community server, so don’t worry about it. Now enter following command:

to enable live view of grenade trajectory on your screen. Every time you pick grenade and hold mouse button you will be presented with green lines showing predicted way your grenade will travel with a red box at the end indicating where it’s going to go off. Find a nice self pop flash and just throw it.

Now go to imagined enemy position that You think your self pop flash will cover and stand here pretending You are the enemy now. Open up console and enter:

It will instantly replay the last thrown grenade (self pop flash in our scenario). You can change positions and re type this command to see how much area your flash will cover.

Additionaly, we could bind this command to a key on your keyboard to re throw last used grenade with a single press:

From now on, every time your press space you will replay last thrown grenade. Here is a short video of the command in action.

The best way to practice grenades with these new useful commands would be to create a practice configuration file. That would allow You to execute it whenever You feel like playing with the smokes, Molotov and flashes. We are working on a dedicated post on how to setup up your best, custom practice config. In the meantime, feel free to jump on local server and throw some nades around, maybe You will find some nice pop flash for your next competitive game.